A downloadable game for Windows

Charge your mother ship planet - destroying laser beam! As you call your fleet to bombard the planet and destroy everything on it! Each level is endless untill your mothership is fully charged, then BOOM! The planet is destroyed!

There was once an race, named the Kuuu, for the longest time they were a peaceful race, bent on exploring the galaxy, and making new friends. But one day, they came across an alien race, there name unknown, but are only nick-named "The overlords." The overlords had the weapons, to wipe out the Kuuu in one fast sweep. However, they decided to make a deal with them instead. The overlords said to the Kuuu, Work for us, or we will wipe out the Kuuu from ALL history. The kuuu had no option, but to agree. After that agreement, The Overlords forced the Kuuu to create weapons, and a hostile invasion force. For over 3,000 years, the Kuuu attacked and destroyed race after race, after race. As the race's begged them to be saved.. They were wiped out. The Kuuu was unstoppable, there fleet, numberless, there weapons, can destroy planets faster then anything ever created! Then, after they wiped out the race named the Jumpa, The Overlords updated them to the next target.. A new alien race, that just achieved the ability for warp speed. The Overlords told the Kuuu leader, this alien race is the biggest threat out there, it puts not only The Overlords at risk of being destroyed, but the Kuuu as well. This alien race, there history is nothing but endless wars, they are always fighting each other nonstop! They are even killing the own ground they live on! They hoped that this race would kill it's self before they found warp power, but that did not go as planned. They worn the Kuuu this will be the hardest War they would ever fight, the Kuuu was ready.

The Kuuu declared war with Earth, and the Human race.

5 months into the war, the human race has lost there colones on planets all over the sol system, as the fighting was getting closer and closer to earth, it seems it would be an easy victory for the Kuu, to the point were the Generals were laughing and taunting The Overlords for being so "Scard of the squishy flesh." At this rate, the Kuuu would have earth by there Christmas.

Then, the boom happened.

To this date, the Kuuu that remain, still don't know if the humans caused it, or it was just something that happen with the Sol star, or, a greater force was angry with them. When they were about to invade Earth, the sol star, realshed a solar flair, normally, would cause no damage to the Kuuu star ships. But this flair, was different. It was stronger, faster, and bigger then anything The Kuuu has ever seen. The solar flair hit there fleet in sol, casing the crews to bake inside, and the pull of Earth caused the ships to come crashing down to the planet.

This was the turning point Earth needed.

The humans then built there own Warships, created a fleet out of nothing in a matter for a few months. While the Kuuu regrouped at Sol system, near Pluto, Earth, had 200 new Warships, armed with laser weapons and Shield-busting nukes, were once inside the shielding, exploded, destroying the ship.

The war raged on, for 3 years. Earth fought and fought, the Kuuu numberless fleet, became numbered, as the number became smaller and smaller,, and ever planet the Kuuu has taken for The Overlords was taken by the Humans. The Kuuu tried to contact The Overlords, but they heard nothing. They were alone in this fight. The humans did not want surrender of the Kuuu, but there complete annihilation.

The final battle ground was at the home planet of the Kuuu, Planet Ku-wa. Both sides fought for days, but in the end.. Earth killed every last Kuuu on the planet.

Now all that remains, is one mother ship, an a small fleet. Containing the last amount of Kuuu's that exist.

In order to download this game you must purchase it at or above the minimum price of $1 USD. You will get access to the following files: 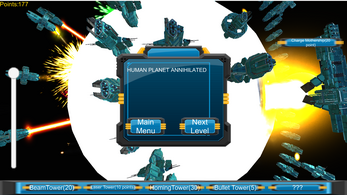 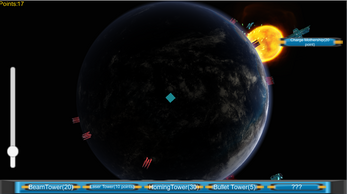 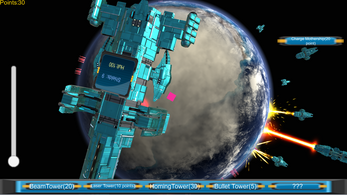 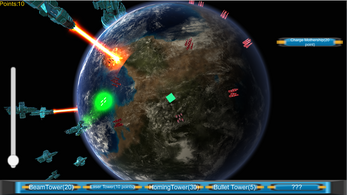 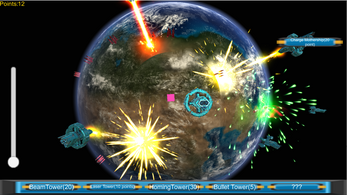